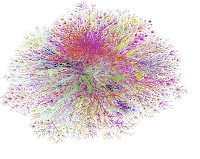 Mapping social relationships is a fairly new possibility that has emerged with the proliferation of social networking applications like Facebook and Twitter, which have emerged in conjunction with growing globalization and the emergence of virtual teams. At a time when social competence is recognized as a key ingredient for superior business performance and project team members may sit in different corners of the world, we also see the emergence of widely used social networking applications that could measure and analyze social interactions. It’s not really surprising that a person’s social index score has suddenly become an interesting target for speculation.

Recently a popular HCM blog discussed the possibility of companies measuring a ‘social index’ for employees and using this to encourage social collaboration. The idea seems to be that the pressure of having a low social score would help motivate people to network more. Some of the posted comments were quite interesting, ranging from practical advice about how a company might measure social scores to one joking comment about how being popular in high school is not necessarily a predictor of professional success.

In other words, while it is true that successful people often have good social skills, social skills in themselves are not predictors of professional competence or job performance.

Additionally, although mapping out employee networking relationships may provide useful data points, such as pointing to communication bottlenecks, a high social index in itself can mean different things. For example, a high level of interaction along a particular communication channel may point to an extremely helpful, mentoring individual, a relentless gatekeeper or a gossiping slacker. Conversely, someone with relatively few interaction points may represent a communication problem or they may work in an area that requires little interaction. It is also possible that this person does such an effective job communicating that no one has any questions for them.

However, although the availability and popularity of existing social networking solutions may smell like opportunity to those who hope to harness the power of social networking, companies that want employees to embrace social networks to improve their productivity they will need to do more than rely on the innate appeal of flashy Web 2.0 applications and passively tap into existing social networks. They will need to think about how these applications should be used in a business setting and provide incentives for employees to network more – and the best incentive is that they actually get value out of the social network in the form of positive work relationships or useful information.

The Wall Street Journal published a fascinating article about social network analysis.* A company asked employees who they talk to and who they turn to for help and drew a map of these interactions that clearly showed gaps in communication. The next step was to remove barriers to communication and provide more exposure to employees with fewer interaction points. Social network analysis helped lower costs and improve communication for this company but they did more than just passively measure interactions – they also talked to people and took proactive steps to improve communication channels in order to achieve these results.
In other words, social networking may provide some interesting possibilities for improved performance but the real value lies in establishing and incenting communication channels that enable people to connect and work together more effectively.