Is Attrition a Key Component of Retention? 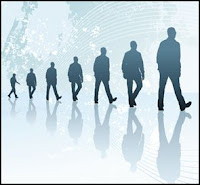 My company's product has a really cool embedded analytics framework that lets you slice and dice whatever data you have in the system. So, for example, you could look at a report that shows performance rating, then view your high performers by various criteria, say, salary quartile and hiring source.

This ad hoc ability to drill into the data allows you to root around answering questions that occur to you spontaneously, i.e., where do we get our best people?

It's kind of fun to play with and you start to find intriguing patterns, such as several low performers who used to be outstanding perfomers, all reporting to the same manager. Hmmn, could that be a management problem...?

Of course, the answers aren't always in the data, but the potential red flags are there for the asking. Once you spot a red flag you can find out more to determine whether you need to take action.

It was while I was slicing and dicing succession plan data that it hit me in a very visual way: At some point, even a high potential will reach the limit of what he or she can achieve at their current company - after all, there is only one CEO.

I was looking at the two possible successors to the CEO. One of them was the 'top candidate' and the other was, for lack of a better term, 'the spare.' The top candidate was ready to assume the CEO mantle within a year and therein lay the first problem: the CEO wasn't planning to go anywhere that soon.

I then drilled curiously into the successor apparents for the CEO successor and discovered that the top candidate was 'ready now' with a medium retention risk. Not necessarily a problem if she likes her current job but it might be a good idea to watch that to make sure she doesn't get too tired of waiting. The second candidate, however, was flagged with a high risk of separation.

Gee, I wonder why?

Maybe because if you're the second runner up for a position that isn't changing hands any time soon, you may have reached the end of your career at a particular company. Technically speaking, you're not a high potential any more, although probably no one will put it to you in such uncomfortable terms. You may start to feel... itchy.

So, what should the company do? This person has been tagged as a high potential and assigned to at least one succession plan. Presumably some investment has been made in this individual as well in terms of training, mentoring, etc., and they also probably have a fair amount of valuable intellectual property in their heads.

But does it really make sense to throw more rewards or titles or what have you at a restless executive so they stay in their current job? And is that what's best for them?

Or does it make more sense to let them go graciously if they find another company that offers them a new challenge? And quietly make sure their successor is ready to step up.

And let's not forget about everyone else. Career development is a bit of a ponzi scheme, after all - barring wild growth, it only works if people at the top periodically move out of the way. In fact, in a sense attrition may be key to retention because it helps companies retain the people who haven't yet reached the end of their career tether.

Now, I'm not saying experienced leaders should be squeezed out of the way to make room for young up and comers - shudder - I'm just saying companies may work too hard to retain people who might be better off elsewhere.

In other words, if you have a blockade at the top of the succession chain you might want to revisit a few assumptions and make sure you're prepared for some turnover.
at 12:03 AM