The modern workplace has built in delays, interruptions and distractions that have a negative impact on productivity, engagement, and mental health. Companies can improve flow with leadership development and smarter work design. Here's how: https://youtu.be/FYYoBMgZKnQ

Things to do with COVID 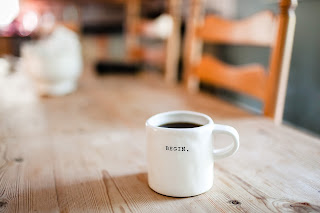 After two and a half years of not getting COVID - including a very tense time during which my daughter was seriously ill and getting it would have been a disaster - I finally had my first personal experience with it.

All in all, it sucked less than pretty much every cold I've ever had, no doubt thanks to vaccinations, but it's a major inconvenience because you're quarantined even if you feel fine.  It goes against the grain somehow.

So, there I was holed up in my room for eight days in splendid isolation.  Even my kids, who (whom?) I adore but who have needed something from me literally every 90 seconds since being born, left me in peace.  What to do with all this enforced downtime?

Let me conclude by saying I'm not one of those astonishing people who work full time, get a Ph.D., and do two hours of yoga a day while raising five kids who all get straight As.  I'm no slouch but I tend to mosy through my day and triage stuff that can't wait.  However, I embraced the novel experience of enforced downtime rather than fighting it.  If you find yourself in a similar situation perhaps some of these ideas will inspire you.
Meanwhile, I wish you all good health!
at 12:44 AM No comments:

Email ThisBlogThis!Share to TwitterShare to FacebookShare to Pinterest
Labels: COVID

Are managers at higher risk of burnout?

Employee experience is essential for business success, but a critical sub-group tends to get less attention than they require. Managers face unique challenges that put them at heightened risk of burnout. Left unattended, companies risk alienating this critical and expensive to replace talent segment.

You can learn more here in this short animated video I created using Animaker: https://youtu.be/2xxdvPrgUec 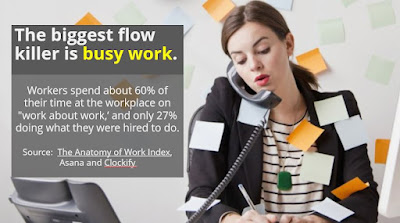 Today's article is about the hidden costs of flow killers at work in terms of mental health and organisational performance, and how HR can lead the charge on minimizing distractions and improving flow across the business.
Flow is a mental state in which a person performing an activity is fully immersed with a feeling of energized focus, full involvement and enjoyment in the process of the activity. In fact, when we talk about how engaged employees do their work, we’re basically talking about flow state. 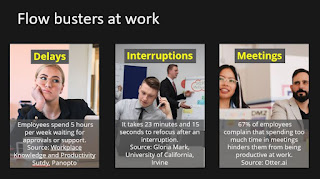 Given the positive impact of flow on engagement and performance, why is the modern workplace plagued by so many avoidable flow busters?  Why do people spend 60% of their time on busy work, or work about work, instead of... well... actual work?
What do we mean by busy work?  It's stuff like replying to endless email threads, sitting in unnecessary meetings, chasing colleagues for input or suport, waiting for approvals, searching for information, or compiling information from different sources into new formats. 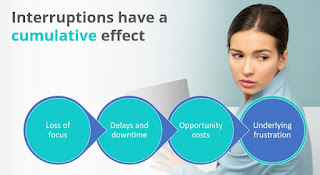 Interruptions and delays have a cumulative effect. First there’s the loss of focus, and the time (23 minutes) it takes to refocus. This can have a knock-on effect of creating more delays or unwanted downtime. The lost time has an opportunity cost that can be calculated.
Harder to calculate but still important is that it’s demotivating to be delayed or prevented from making progress, and constant interruptions are exhausting.  So, from a mental health perspective this is concerning, especially with so many people working remotely. 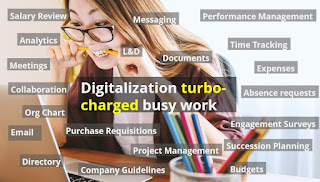 Technology has enabled organizations to digitalize and automate processes, but an average employee switches between job-critical applications as many as 1,100 times every day, or about every 36 seconds.  How much quality work  gets done in 36 seconds?
Technology has helped organisations digitalize but has also had the unintended consequence of turbocharging busy work.  And Corona - or more specifically, remote work - exacerbated this trend because organizations adopted more technology to meet and collaborate remotely.
On the one hand, remote work has a positive impact on productivity because it removes commuting (and in some cases, putting on pants) from the equation. But what about flow?  Here it gets a little muddy, because for many people there are various distractions at home, such as having your kindergarten close. 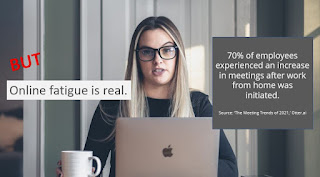 According to a recent study from MIT, knowledge workers spend more than 85% of their time in meetings, resulting in lower productivity and satisfaction, and less effective collaboration.
Whereas removing 60% of meetings and replacing them with more targeted communication and project management tools increased cooperation by 55% and improved employees’ psychological, physical, and mental well-being.
One more thing to bear in mind is that meeting via conferencing tools can also lead to a state of online fatigue, which resembles an early stage of burnout.  The upshot is that remote work has many benefits but doesn't necessarily improve flow, and we have an opportunity to rethink culture, leadership, and how work gets done. 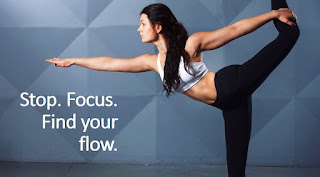 When remote work was new, most companies moved what they used to do online with new tools.  It worked well enough and got us over the hump, but people are tired and not necessarily able to do their best work because quality work requires focused attention.
We can’t eliminate meetings, distractions, and interruptions but we can be smarter in our approach. We can, for example, control how much time we spend in meetings, on busy work, or switching between applications. We can take steps to limit interruptions and bake flow into our culture. 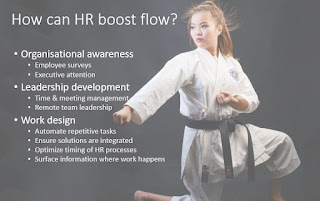 HR thinks critically about employee wellbeing, engagement and performance, and flow is a critical ingredient for all three.  HR can play a key role improving flow across the business by creating organizational awareness, developing leaders to minimize distractions, and partnering with key stakeholders to maximize flow in work design.
If you'd like to learn more about these areas of opportunity for HR to improve organizational flow check out this short talk about Flow at Work on YouTube.
https://youtu.be/iSRm7QE9yJ8
To conclude, there are enough distractions in the world and in the workplace and we can’t remove all of them, but we can be smarter and more intentional about how we work and how we use technology at work.

Why does HR still struggle to find the right balance between administration and strategy?

How can HR continue to build its influence and drive strategy in the post-Corona workplace?

Where can I find the answers without reading a long blog post?

David Dye and Karin Hurt are experts in innovative leadership development and co-authors of the popular book Courageous Cultures. In this short interview they share how companies can build a high-performing, high engagement culture, and the important role HR plays bringing courageous culture to life. 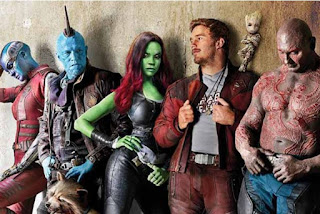 My first boss Herman was a 2nd generation Mexican American.  He ran a tight Jewish bakery counter and his brother Alex managed the kosher deli across the way.

My best boss ever – and I’ve only had a few over a long career I consider truly great – was French and female.

I’ve had bosses from the US, France, India, Great Britain, the Netherlands, Canada, Denmark, Mexico, and Germany.  They all had very different management styles.

One boss called me a ‘penetrante Kuh’ - which means annoying cow - but he was German, so I didn’t take it personally.  In fact, I considered printing it on my business card.

It's the best part about working, to be honest.

I didn’t like everybody, nor did everyone like me.  A few didn't like me a lot, and y'know... ditto.  But the point is that they all added colour and flavour to my work experience, as I hope working with me did for them.

Interacting with so many cultures and personalities upped my game and having such a rich mix of colleagues and experiences kept me longer in each role than I might have stayed otherwise.

Diversity matters in ways we can’t measure.  It makes us more resilient, curious, compassionate, and open to new cultures, ideas and experiences.  It tests us and forces us to adapt, compromise and question our assumptions.

Cultural diversity is just one lens on the many different perspectives people bring to the workplace, and like the other lenses can challenge an inflexible leadership style.  A manager who clings to his or her comfort zone like a one trick pony will struggle to get the best out of a diverse team.

How do you build and lead a diverse team effectively? By hiring people better than you and helping them play to their strengths while being very clear about your expectations.

One very important point of clarification here: This doesn’t mean everyone just runs off and does whatever they feel like.  It’s a leader’s job to set clear priorities and deadlines, manage expectations within the team, ensure people interact professionally, and hold each person accountable for bringing their best self to work.

In fact, how you lead the team shapes the team culture, which in turn impacts how well the team functions – so much so, that many companies continue to hire for culture fit rather than diversity. This is problematic and here's why:

Imagine a Venn diagram where individual personality and company culture overlap.  You immediately see a trade-off because the bigger the overlap, the less cultural diversity you have. 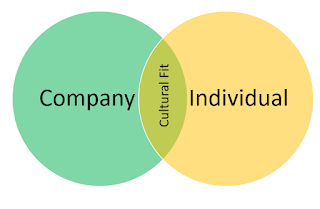 Hiring managers also frequently try to hire people who will ‘fit in’ and therefore – let’s say it – be easier to manage.  Here again, the larger the overlap between team culture and individual personality, the stronger the sense of tribe and the lower the likelihood of conflict – or true innovation - within the team.

It's easier to lead a culturally homogenous team than a culturally diverse one because one leadership style is more likely to fit all, which means the manager has to expend less energy to lead the team.  That's why diverse teams with inflexible leadership tend to underperform because people have to expend so much energy trying to fit in.

Here’s why it matters: A team with a high degree of personal autonomy – or a large ‘personal expression zone’ – led by a skilled leader is likely to outperform and out-innovate a culturally homogenous team because more perspectives engender more ideas, which in turn create more possibilities.  Creativity is a numbers game, baby.

Diversity creates discomfort, which if properly channelled has the potential to turn crazy ideas into game changers.  If the overlap between company, team and individual culture is too great, you get high complacency and sense of belonging but low discomfort - which can hold you back when you need to pivot.
If, however, company and team culture are truly inclusive and allow for a high degree personal expression, you might just get… magic.  That's why the 'secret sauce' of a successful diversity strategy is inclusion, as Asif Sadiq, Global Head of Diversity and Inclusion, explains in this short interview.