Managers I Have Known - Part I

Today I thought I'd re-visit my own personal Manager Hall of Fame. . . see anyone you know?

The Leader:
(Someone who trusts you to make good decisions.)

Tom, the VP of Application Development, was coming to town and there was a line up of people who wanted to meet with him. I somehow scored a morning slot, and not right before lunch, either, so I was feeling like The Stuff.

Tom's claim to fame did not lie in his organizational genius, fiery temper, decisive decision making or skills on the golf course. He didn't even check his email on his Blackberry during our meeting, which frankly was a bit disconcerting at first. He was soft spoken, polite and an excellent listener. He asked intelligent questions about my presentation and listened carefully to the answers.

At the end of our meeting, when a decision had to be made between A and B, he looked at me and said, 'I trust you. You make the call. It's OK if you make the wrong call, just make sure you have a good reason for making it.'

Then he shook my hand and thanked me for my excellent preparation.

Talk about the power of thanks - if he had chosen that moment to say, 'Please jump in front of this bullet for me,' I might have done it. 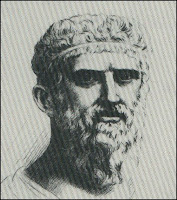 entor:
(Someone who speaks the truth in a constructive way to help you develop your potential.)

One of my first project managers was Joan and she gave me the best employee review I've ever had. Although since I pretty much wrote my own employee reviews after that first one, it may not count.

I don't remember the specifics of the review. I received a high overall rating accompanied by some positive feedback about my hard work, discipline and quality output, yada, yada, yada. Then came the useful part that stuck with me.

'I've gotten some feedback about you that concerns me a little,' she said, after all the nice bits.

Apparently I had a habit of asking the same question over and over again in different ways until I got the answer I liked. 'This isn't bad,' said Joan. 'A good consultant and project manager needs to be tenacious. But you might want to tone it down a little.'

Joan stopped my self-defense in its tracks with an upheld hand: 'Here's the takeaway: If one person says something about you they may be biased and you may be able to shrug it off. If you get the same feedback from several people, however, make a mental note and watch yourself in action.'

e German:
(Someone who doesn't express approval in so many words. Don't get me wrong, I love Germans, but they don't exactly ooze appreciation. Oh, and I've never actually worked for Til Schweiger.)

Me: I finished Tuesday ahead of schedule and met with Global Dynamics Wednesday to walk them through it. They loved it and want to do a bigger project with us next month.

German boss (nodding): OK. Anything else?

Me (vainly watching boss for any change in facial expression): I put out a small kitchen fire this morning with my bare hands and skipped lunch to finish a prototype I'm working on that predicts stock prices up to five years out and has so far been completely accurate for a two year sample. I noticed two guys trying to steal our video conferencing equipment and was able to stop them using martial arts. My cancer vaccine is also coming along nicely. Oh, and I baked you some brownies - they're on your desk.

German boss (nodding and making a few notes): OK, sounds good. Do you have any vacation planned this quarter?


Coming soon to an office near you...

The Friend
The Beancounter
The Micromanager (from Hell)
The Lemming
The Loose Cannon
The Jerk
at 1:38 AM

Email ThisBlogThis!Share to TwitterShare to FacebookShare to Pinterest
Labels: managers