Get Off the Couch: Agility, Innovation and Failure 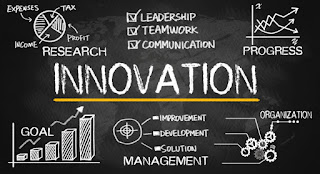 After a three-year hiatus spent living and breathing supply chain finance and building a truly exceptional global marketing team, I am re-launching Working Girl.  This is slightly ironic as I am not currently working per se, nor looking for a job.  However, after some reflection I realized Working Girl is my brand when writing about all things talent management, organizational development or human motivation. My latest blog post is about innovation.

According to experts, embracing failure makes you more agile because – amongst other things - those who fear failure hesitate to act, and it’s rare to be hesitant and agile.  It’s like you can’t be an Olympic gold medalist and a couch potato, although you can sit on your couch and watch the Olympics.  Similarly, some organizations try to implement agility without getting up off the couch.

Although the ‘agile organization’ promises a long-awaited alternative to heavy processes that erode motivation and stifle innovation, it also gets used as a rationale to introduce uncoordinated workstreams; to cherry pick projects (and avoid all that boring stuff like planning and execution); or to spin underwhelming results as success.

It seems I’m not the only one on the fence about agility because while some experts sing the praises of failure in the innovative organization, others ask why innovation rarely occurs even at companies that embrace the whole 'fail fast' thing.

It’s easy to get buy in, too, because no one’s going to say, ‘Let’s not try new things.  Let’s not collaborate.  Let’s not innovate.’

It sounds great but…

I worked for ten years at a very disruptive and successful start-up where no one ever talked about failing, let alone failing fast.  I mean, sure, if you had to fail better do it quickly but the goal was to succeed with careful planning followed by rapid, coordinated execution.  Failure was acknowledged and usually forgiven but it wasn’t in any way romanticized.

OK, there was this one senior exec who’d get up at each all hands meeting with a self-deprecating grin and say, ‘Yeah, we should have seen that coming,’ which we all found hilarious.  Good times.

I absolutely believe huge success can happen by trying lots of things – the lucky punch - but I also believe greater success is possible with ruthless prioritization and proper planning.  You may miss the lucky punch but trying out lots of free floating ideas without a cohesive strategy has a high opportunity cost and adds complexity to a shaky foundation.

Don’t get me wrong, I’m a firm believer in cross-team collaboration, iterative learning and letting people make mistakes.  Simply put, since top down decision-making and fear of failure are innovation killers, if you want to innovate and move fast you need to break down siloes, decentralize decision-making and make it OK to fail.  However…

My point is that how you do it matters.  Good execution and alignment can make all the difference between spectacular and underwhelming results.  Here are a few pointers from the trenches:

At the end of the day, innovation has more to do with culture and mindset more than strategy or process.  If your culture isn't innovative, your outcome won't be either.

Picture courtesy of Innovation Labs.
at 6:15 AM